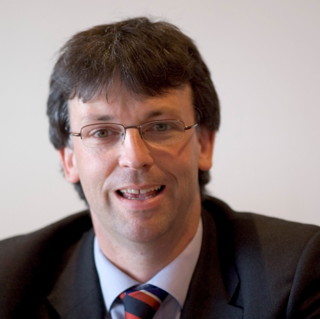 “A riddle, wrapped in a mystery, inside an enigma.” If this hadn’t been said about Russia in 1939 by Winston Churchill, that phrase could aptly sum up the reign of the Oyston family. Shrouded in secrecy, it’s fair to say nobody ever knows what’s truly going on behind the scenes at Bloomfield Road. My very own blog post two months ago when Karl Oyston announced he would be stepping down spectacularly missed the reason for his decision. Days after that post, it emerged that Oyston had a bankruptcy order against him, and with Premier League rules barring directors from being bankrupt, the situation seemed clearer.
Quite how Karl Oyston, an heir to a massive family fortune, had become bankrupt wasn’t so clear – the murmurs around the Fylde Coast suggested links to his personal life – but it at least explained why he could no longer continue as Chairman. The statement at the time said Oyston would stay on as Acting Chief Executive until a replacement was appointed. The weeks went by without any sense of urgency, a staple of the Oyston era, which appeared to draw the attention of the Premier League.
With no effective change in the stewardship of the club, the Premier League began investigating whether Oyston was operating as a shadow director, which goes against the league’s ownership rules. It would appear that this investigation may have triggered a reversal of the bankruptcy order announced today by the club. This would open the door for the return of Oyston to the role of Chairman, albeit in rather embarrassing circumstances given the increased level of media scrutiny in the top flight. The way this saga has unfolded is amateurish to say the least, a term frequently aimed at the way the club has been run under the Oyston family.
Of course, this assumption could be wide of the mark, and the annulment of the bankruptcy order may just allow Oyston to continue as a shadow director in the role of Acting Chief Executive while a successor is sought. Oyston may well have had enough and be looking to leave, but I’m now not quite so sure this is the case. The likeliest scenario is that he will return as Chairman, restoring the former boardroom set-up.
What does this mean for the future? Well, not an awful lot in all probability. The frugal marshalling of the club will continue, and while such positive results are being achieved on the pitch, it’s hard to make too much of a fuss. One thing’s for certain however, I know this will not be the last post I write about Karl Oyston this season.