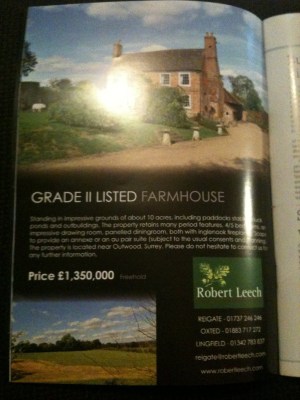 On Sunday there was no better place to observe the gulf between Blackpool and Chelsea than in the matchday programme. Where ‘Pool fans would normally expect to see adverts for Pricebusters in the programme at Bloomfield Road, Chelsea’s offering featured adverts for multi-millon pound mansions and Dolce & Gabbana.
The financial difference between the two sides unfortunately showed on the pitch too, as Chelsea blitzed the Seasiders in the first half. After the 6-0 defeat at Arsenal last month, many Blackpool supporters were hoping to put up a bit more of a fight than on the last visit to the capital. Any such hopes were killed off within the first two minutes, as ‘Pool failed to deal with Didier Drogba’s testing corner, which was converted at the back post by an unmarked Salomon Kalou.
Ian Holloway had sent the team out with Baptiste fulfilling an unusual sweeper role, but this gamble was nullified when the early goal went in. Holloway clearly planned to frustrate the opposition and had Chelsea not scored with just over a minute on the clock, his strategy may have been a shrewd one. After Kalou’s goal however, the change in formation just seemed to cause more problems with players seemingly unsure of who they were supposed to be picking up. It’s hard to criticise Holloway for this though. It’s a game we couldn’t expect to get anything from, and as such his gamble was a low-risk one.
When reverting to the more familiar 4-3-3 formation in the second half, ‘Pool looked much improved and could well have had a couple of goals. Chelsea did certainly take their foot off the gas a little, but the performance after the break restored some pride and gave both the players and fans reasons to be optimistic going into a more important game next week at home to Blackburn Rovers.